You may question the health benefits of organic food or whether certified, organic products are becoming the new norm. Here are nine organic food statistics that may surprise you.

During the COVID-19 pandemic, health became a primary concern for most consumers. Many people view organic foods as a healthy alternative to conventional foods, which led to an increased interest in organic options as the pandemic altered lifestyles across the country. The following statistics show how organic food sales have changed over the years:

According to a Pew Research survey, 76% of adult respondents purchased organic food for health concerns. These consumers, who don’t fully understand the definition of “organic,” generally understand that organic foods are supposed to be healthier than conventional products.

Environmental concerns (33%) and convenience (22%) were the second and third most popular reasons for buying organic food. 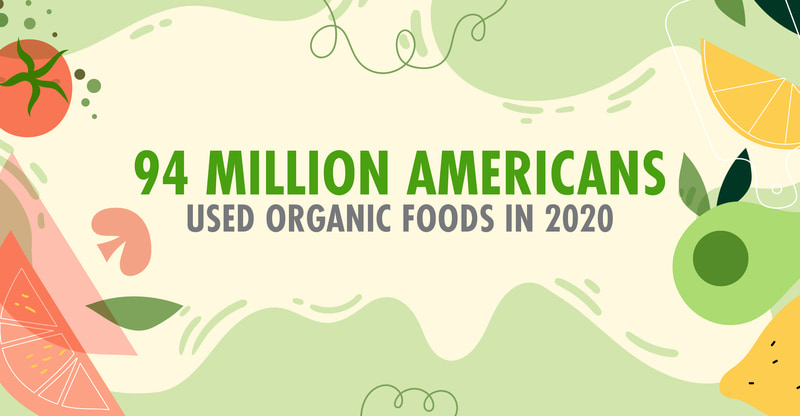 You can probably find USDA-certified organic stickers wherever you shop. These three statistics demonstrate the current popularity of organic foods.

As demand for organic food has increased; so has its availability. Organic food is currently available in roughly three out of four conventional grocery stores and 20,000 natural food stores nationwide.

Most sales (93%) go through conventional and natural food supermarkets and chains, while the remaining 7% go through farmers’ markets, food services, and marketing channels other than retail stores.

6. Organic Berries Have Surpassed $1 Million in Sales This Year

In 2022, so far, berries have been the top-selling organic fresh produce in the United States by a wide margin. Carrots, apples, spinach, and tomatoes round out the top five.

Here are three more statistics covering the health benefits of organic food as well as which foods are commonly genetically engineered.

Cadmium (Cd) is a highly toxic metal found in cereal products, vegetables, potatoes, and meats that can increase the risk of cancer. Studies have shown that, on average, organic crops and crop-based foods contain 48% lower Cd concentrations than conventional crops.

Several crops are also heavily genetically engineered. 92% of corn is genetically modified, as is 94% of soybeans and cotton.

9. Organic Milk and Meat Have a Healthier Balance of Fatty Acids

Omega-6 and omega-3 fatty acids are essential for human health, but too much omega-6 and too little omega-3 can increase the risk of cardiovascular disease, obesity, and diabetes. The average American consumes roughly 10 to 15 grams of omega-6 for every gram of omega-3.

At Gillco, we have redefined the concept of wholesale ingredient distribution. We not only partnered with some of the most reputable ingredient manufacturers in the world but also learned how to use those ingredients. We train our sales force on all of our organic and clean-label ingredients to give you ideas on improving your food or beverage purchases.